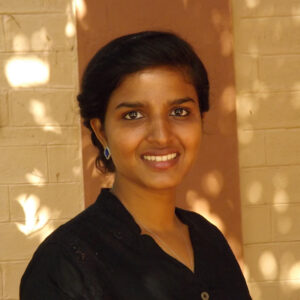 From early on, Shilpa told everyone at school that she wanted to become a journalist and an author. In her attempt to be a writer, she began to dig into her own past and that of her family. Stories of her family members and their unique experiences have been a source of inspiration to twenty-two-year-old Shilpa Raj.

Shilpa started on her memoir at the age of sixteen. While working on her first book, The Elephant Chaser’s Daughter, Shilpa was introduced to the struggles of her family. Her passion for discovery took her back to where she was born, a forested village in South India, where she spoke at length with family members and neighbors who revealed to her their tales of suffering, violence, and indignity.

No young woman from a very poor untouchable family has ever written a memoir or autobiography or given a first-hand perspective of what it is to be a part of the social underclass in modern-day India. In the process of writing this book, Shilpa found herself being drawn toward human suffering, and the ways in which it can be reduced. She hopes that through her writings and documentation she will be able to describe to others the unpleasant truths about the lives of those who are often forgotten or ignored in our society.

She has now completed a Master’s degree in Psychological Counseling. She writes life stories of her friends, and in her spare time, teaches English, plays soccer, and volunteers at the school where she had studied. When asked how she feels about this literary journey, she replies with a smile, “I know my parents better as characters in my book than otherwise. I have also learned to reconcile my two worlds.”

SHILPA’S STORY IS FEATURED IN THE NETFLIX FILM, DAUGHTERS OF DESTINY 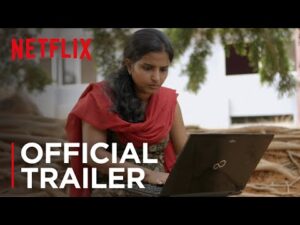 Shilpa is featured in the recent NETFLIX film, Daughters of Destiny, directed by Oscar Award winner, Vanessa Roth, and music scored by Academy Award winner A.R. Rahman.  This four-part docu-series has received worldwide acclaim. Click on the image and watch the trailer.